In the high pressure polyethylene manufacturing facilities, the decomposition reaction occurs in the polymerization reaction process occasionally and the temperature and pressure rise suddenly. As the safety measure against the reaction, generally, there is the method for releasing the gas in the facility into the air from the release tower by operating an emergency release valve or rupture disk. By installing our Cyclone Scrubber instead of using the release tower, the gas can be released more safely.

Advantages and Features of Cyclone Scrubber

The entrained polymer particles in the released gas can be collected completely.

Cyclone Scrubber is designed by giving special consideration to safety. Since it is compact, it does not take up much space. The utilities charges can be reduced.

Overview of This System 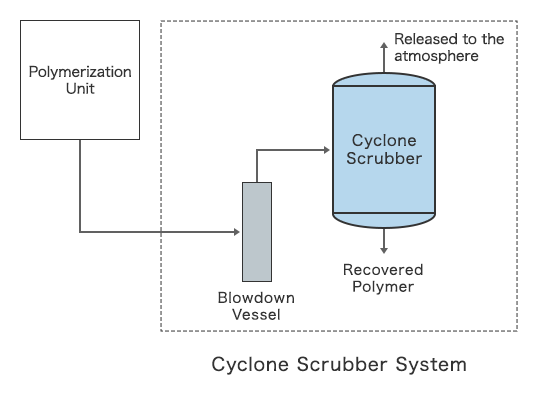 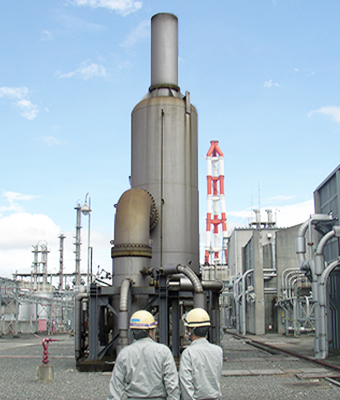